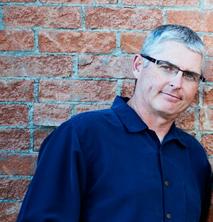 I have been helping independent artists achieve their goals for 30 years. Please Click HERE to view some of the records I've been involved in.

A Colorado native, I grew up in Idaho Springs, Colorado. After finishing up at Berklee College of Music in 1989, I began my career in the audio services industry as a freelance engineer in Denver, Colorado. During this time, three of my projects won Denver's Westword Magazine's "Best of Denver" award. In 2002 Scooter’s Place was born and I settled into my own studio co-located at Airshow Mastering in Boulder,CO. In 2004, I became a father and with that came a lifestyle change. A family and studio move was in store. Scooter’s Place, myself and my family made Durango, CO our new home in 2005.

I also lead a double life as a live sound engineer. I am currently the chief audio engineer at the Community Concert Hall at Fort Lewis College and Front of House engineer and Tour Manager for Chevel Shepherd.  I am also involved in several festivals such as the Moab Folk Festival, Four Corners Folk Festival, Pagosa Folk and Bluegrass and the Durango Bluegrass Meltdown with Soundsmith Audio.
​
Also through the years, I have lead a secret double double life as a bass player. As a member of Celeste Krenz's Goodbye Band, I preformed on Celeste's album Slow Burning Flame which was produced by Tim O'Brien and reached number 11 on the Gavin Americana chart.